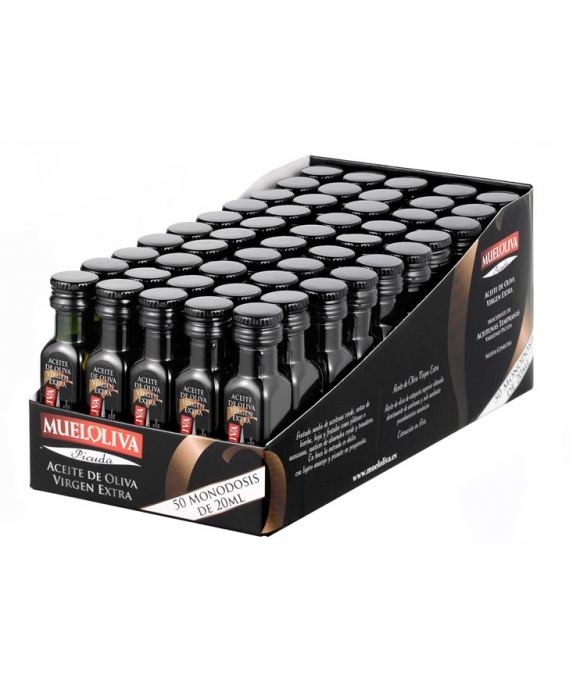 Single serving of Mueloliva Picuda from Priego de Córdoba, in the fertile lands of the Cordovan Sub-Baetic region.

This EVOO gives off a medium-intensity, green-ripe fruit flavour with notes of grass, leaves, and fruit like apple or banana. For this reason, the initial flavour is sweet on the palate with a moderate bitterness and a little spice.

It is ideal for salads and tomato toast. 20ml single serving, especially for restaurants.

21 other products in the same category: